Another one of S.C.’ s MCs has been setting the stage on fire in the local areas of Myrtle Beach for a minute now.  I caught up with him via Facebook a few days ago and got a written interview.  Ya’ll check it, and hit my man up afterwards.  Peace! 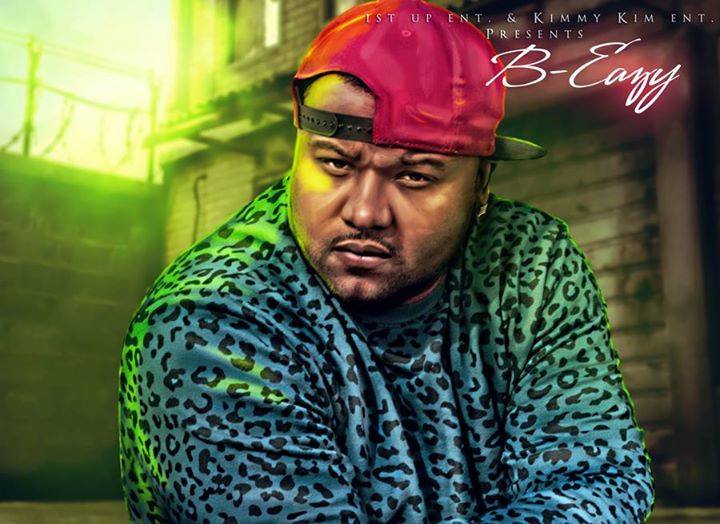 Me: Introduce yourself and tell the people where you’re from.

“Born And raised In Conway Sc. And I go by The name (B-Eazy) Yeah Its A lot out There but its only ONE me”.

Me: How long have you been in the game?

Me: Who or what were some of your influencers?

Me: Some time back I remember you rockin the Coca Cola logo.  What’s up with that trend?

B-Eazy: “It Was Just A Fashion Statement ya Kno wanted to be different not knowing that me And my team was gonna set a trend. coca Cola Squad Then (Kola Squad) Now”.

Me: You have this new track out, “Built For This”.  I can hear some maturity in your words and see it in your demeanor since I last saw you on stage.  Is that how it is now, or did that just come out in that track?  If you did have a change of mind state, explain to us how that came about?

B-Eazy: “Ima Keep It Funky Witcha, The Time i took off i watched And listen to alot of bs, looking at how things played out In this underground industry And its Fucked up just like The Hip Hop Industry, lies being told And ppl acting for The camera, The ”Built For This” Song Was Every Bit Off Me The Struggle, The Truth, The Pain In My Voice If You Look At The Video You Can See The Pain In My eyes also. I feel The ppl need The truth so give it to them 5% gonna relate while The other 95% go against The graIn wanting Fame for The wrong reason tellin lies to please The ppl”.

Me: Where do you plan to take this rap thang?

B-Eazy: “They Say Sky Is The Limit. Well Me And My Team Tryna Go Beyond That”.

Me: How are putting yourself out there?  Are you traveling, local, or what?

Me: Do you have ambition to venture out… say acting, starting a biz, label, etc?

B-Eazy: “Right Now I Do Have A Small Bizz, but as far as venturing Out Nah 1stUp Da Label, Kola Da Squad, And Kimmie Da Manager….. Cant Be A Rapping Prostitute jumping from clik to clik”.

Me: What’s up yo click?  Are you recruiting anybody?

B-Eazy: “Da Squad Clik Tight We Treat eachother Like Brothers, really my Day 1 niggaz, And We Acually Just Teamed Up With Dizzy MZ Fenom She Is A dope Artist So Yea After All this time we added one more to The Sayas”.

Me: I see you been working with Kimmy Kim.  What yall got in the mix for future endeavors.  How’s she putting it down?

B-Eazy: “Yea Man Kimmie Been There, Since Day 1, she’s The best manager a artist could have. She keep me on The right trak And motivate TF out me, Just Kno She get The job done…. Salute Kimmie”.

Me: Tell everybody where they can go check your work and link up with you.

Me: To wrap this thing up, I’m gone give you stage and let you say whatever else is on your mind, and if you wanna hit us up with a freestyle, do that thang on the cell phone and upload it to my inbox.

B-Eazy: Lol, No Freestyle Dat shit Cost Bruh….. Lol but Every One Be Ont The Look “Out For My Mixtape (YoungKing) And Shon Fame (Visions Of The Top)…. #KolaSquadShit”.

Me: Preciate your time homie, and stay on yo hustle.